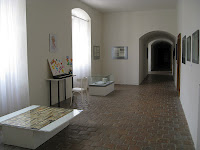 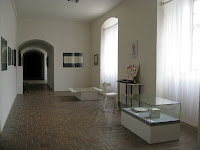 Scores for every opportunity from Annegret Heinl - visual arts on Vimeo.

SCORES FOR EVERY OPPORTUNITY
When in 1969 John Cage published the book Notations (Something Else Press, 1969), a collection of more than 250 scores by various composers and intermedia artists, it revealed not only the individual writing styles of the artists included, but also the limits of traditional notation, which was not suitable for the dynamic developments taking place in music nor for the deconstructive practices of the avant-gardes. Some 20th century experimental musicians and composers began interpreting the non-musical visual structures and patterns of modern abstract paintings using tones and sounds. Modernist artists, who abandoned conventional representation and started to create abstract compositions through line, colour, and pattern derived from nature or mathematical and geometric structures, were right along side them. Both tendencies became especially strong in the Fluxus, concept, and minimal art movements and survived in various neo-conceptual forms and strategies.
Scores for every opportunity proves that the current interest of musicians and visual artists in non-standard representations of sound structures and processes is still very much alive. Here, two essentially intermedia artists with musical backgrounds, Ben Patterson and Milan Adamčiak, meet two visual artists interested in actual music, Jan Steklík and Annegret Heinl, in order to demonstrate to us a possible music which resigns on the pragmatics of musical notation on behalf of open reading and playful aesthetics without interpretational restraints. Five shivering lines of stave, liberal and witty instructions, as well as rhythmized visual structures vibrate with meaning that goes beyond the framework of conventional music associations. Thus, they offer the empathic viewer the possibility to realize his/her own music in myriad ways. Music that anticipates its notation simply confirms the thesis according to which a work of art cannot be a mere emballage of information. Knowing that the possibility for arbitrary and unconventional realization exists is apparently more than rigid notation!