An international collective art exhibition reflecting the influence of the works of John Cage
on the contemporary visual and sound art scene. The exhibition will include an intermedia and multimedia event - The Movement-Sound-Space Festival 2012
Annegret Heinl shows S(w)inging Line, video installation
A thick orange rope laying on the floor ends in a closed box with a screen on top cover. There a video represents an orange line starting slowly to swing, changing permanently in shifting rates, being even multiplied and starting over again in a loop. Music purpose-composed for this reason by Chao-Ming Tung  is added to the video. Picture and sound form an unity correlating the visual and aural message, now as a differentiation and then as mutual impulses. 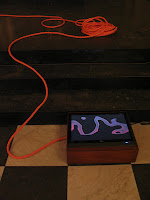 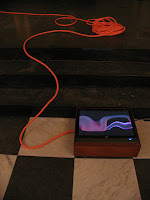 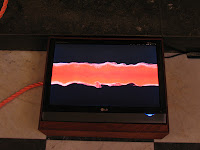 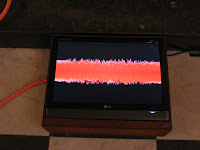 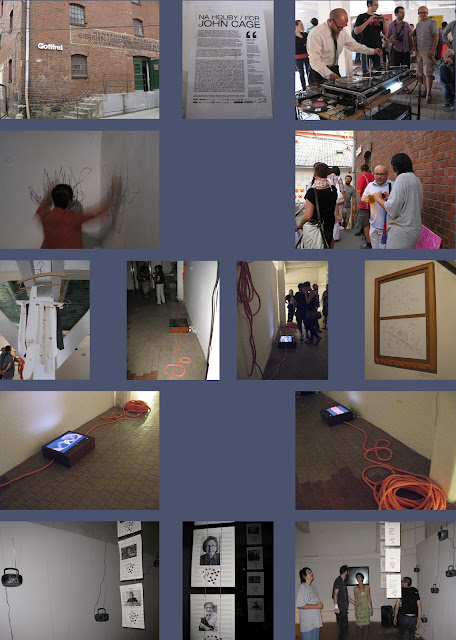